I enjoy living in geologically interesting places. That wasn't always the case - there was a Bad Moment in elementary school when we were learning about volcanoes, and if I'd had any choice in the matter, I would've chosen to move somewhere dead boring. Staring out the classroom window at the enormous shield volcano within spitting distance and realizing that dormant in no way means extinct just as the teacher is showing films of how shield volcanoes are made makes one a bit thoughtful. Especially when the film includes scenes from Iceland's attempt to stop a lava flow from engulfing a town.

Over time, however, I found my fears replaced by fascination. Arizona is a geologist's dream. So is Washington State. Granted, many of our more interesting formations are covered by abundant vegetation, but you can still catch a glimpse of the bones of the earth here and there. We have active volcanoes to play with. The whole state is a hodgepodge of continental remnants and island arcs plastered on to the North American Continent any-old-how, as you can see in the illustration below.

And we've got what Arizona hasn't got: a tectonic plate complete with spreading ridge and subduction zone sitting right off our coastline. How awesome is that? Extremely.

The Juan de Fuca Plate's been on my mind for a few days now. On Thursday, tectonic hanky-panky led to a few exciting moments as a magnitude 4.5 earthquake struck the Seattle area. On Friday, I came nose-to-stone with a chunk carved out of a volcanic vent from the Juan de Fuca Plate's spreading center. They're both of a piece. Things in this area are on the move. 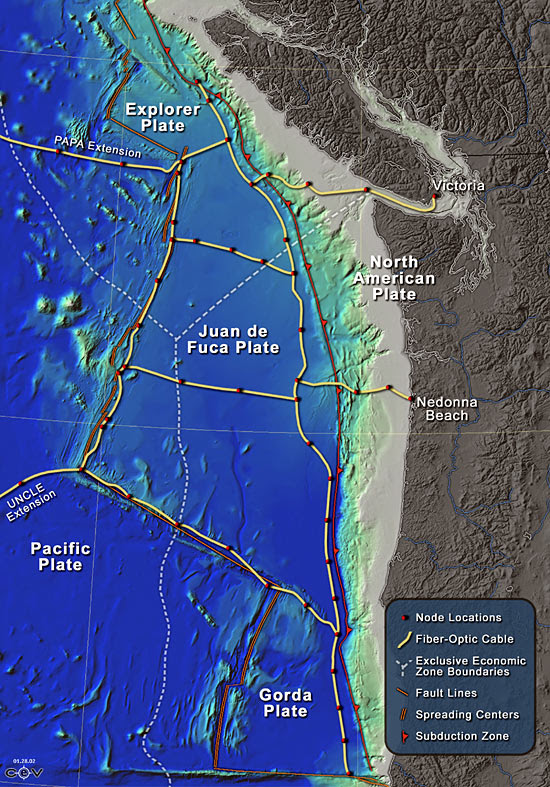 In the illustration to the left, you can see the bounds of the plate (including the Explorer and Gorda Plates, which are sometimes included when talking about the Juan de Fuca Plate as a whole). To the west lies a spreading zone much like the Mid-Atlantic Ridge. To the east lies the subduction zone, where the plate dives under the huge North American Plate, creating the Cascadia Subduction Zone.

The Juan de Fuca Plate wasn't always this tiny. Back when the dinosaurs who inspired Jurassic Park were roaming the earth, the Juan de Fuca Plate was part of the ancient and enormous Farallon Plate. How enormous? Put it like this: Juan's sibling plates stretch from Canada (the Explorer Plate) all the way down to Central and South America (the Cocos and Nazca Plates, respectively).

The Farallon Plate built up all of that lovely mountainous geography the West is so well-known for, and the Juan de Fuca Plate's living up to its parent's reputation. Its subduction under the North American Plate has given rise to the Cascade Range, including the Cascade volcanoes that occasionally make life very interesting for local residents, and the Pacific Ranges of Canada. If you've ever marveled at the beauty and power of those volcanoes, you now know whom to thank.

The subduction zone doesn't just fuel volcanoes, however. It also gives rise to some fairly interesting earthquakes. You've got your plain-vanilla shaking, of course - the kind like our recent event, which is over in a moment and means that something that was building up tension just went twang. But studying this subduction zone also led scientists to realize there's another type of quake that can go on for weeks:

In 2001, the continuous GPS network Pacific Northwest Geodetic Array, aided in discovery of slow-slip across the Cascadia Subduction Zone. Previously undetected by seismic networks, these slip events exhibit regular recurrence intervals thus changing current understanding of earthquake behavior. Since this time, definitions for this newly discovered phenomenon have evolved. At first, the term "silent-earthquake" was employed to illustrate the absence of a seismic signature. Subsequent investigations and recent discoveries have led to a change in characterization. Now these slow-slip events are defined as eposodic tremor and slip (ETS).

In short, an ETS is a discreet time interval (episode) of relative tectonic plate movement (slip) coupled with high frequency seismic energy bursts (tremor). ETS usually last for around a few weeks duration as opposed to regular earthquakes where energy is released within seconds to minutes.

If you want to talk about the cutting edge of geology, love, this is it. We've got your cutting edge right here.

Let's move away from the subduction zone, though, and talk a bit about the spreading ridge, which to me is a more interesting animal. We normally think of such ridges as being "mid-ocean," considering perhaps the most well-known one is the Mid-Atlantic Ridge. But there's no rule confining ridges to the middle of the ocean - they occur wherever two plates are diverging, allowing magma to well to the surface. The jury's still out (as far as I know) on whether the ridges drive the conveyor belts of the plates or whether it's the subduction zones pulling them apart. But we do know that these are areas of fascinating volcanic activity.

Above at left, you'll see a wonderful map of the CoAxial segmant of the central Juan de Fuca ridge. It's part of a fascinating ridge that includes some of the most interesting geology known to man. Such as this bit of natural architecture:

It almost looks like ruins of an ancient arched city, doesn't it? That's just Nature, building pillars of lava and capping them off with lava bridges. Had things gone a bit differently, those would have been lava tubes. Lava does amazing things underwater - it doesn't just stop at pillow lava. The bit of undersea vent I saw came from a complex called Faulty Towers (and how much would you like to bet the person who named that was a John Cleese fan?). You might be surprised to know what one of these vents looks like when it's high and dry. It's a fissured chunk of basalt sparkling with copper, zinc and iron sulphides. Somehow, you just don't think of a vent being sparkly, but they're veined with precious metals precipitated out of the super-heated water flowing through them, so sparkly they are.

But that's not what Faulty Towers is famous for. It's famous for its life:

Move over, Pyrolobus fumarii. A new entry for the record books has just been discovered. The hottest organism known to man has been isolated from a thermal vent deep in the Pacific Ocean. 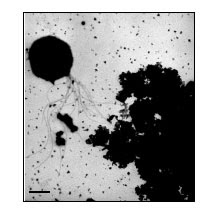 The new organism is also unusual because it relies on iron to digest food and produce energy. Such organisms show promise in generating electricity from waste products and in removing radioactive metals from the environment.

“No one had ever seen a bug like this before,” says Derek R. Lovley of the University of Massachusetts in Amherst, who along with colleague Kazem Kashefi reported their discovery in Science. Researchers believe that many high-temperature microbes rely on iron to grow, but none had ever been isolated or cultured until now.

Isn't that incredible? Not only do we have a bite-sized tectonic plate complete with speading ridge and subduction zone sitting right off our coastline, we have life no one had ever seen before as well! The Juan de Fuca Plate's more than just a geologist's playground - there's plenty of fun for the whole scientific family.

For myself, I'm just awed by the fact that I live right next door to things that I once considered exotic and far away. There's nothing more sensational than knowing that some of the most incredible undersea scenery is practically right in your own back yard. 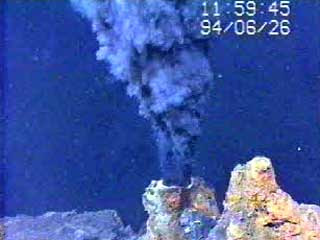 I didn't realize we had quite so many cracks in our ocean. There are quite enough on land to keep us preoccupied here. All that pushing and blowing up does make for interesting scenery, though.