Scenes from the Frozen Life

There's been this fly on the porch since the storm started.  He appears to be frozen in place, but he's been veeerrryyy slowly crawling up the side of the post.  He's moved about three or four inches in two days.

Just cuz, I decided to take pictures and foist them upon you: 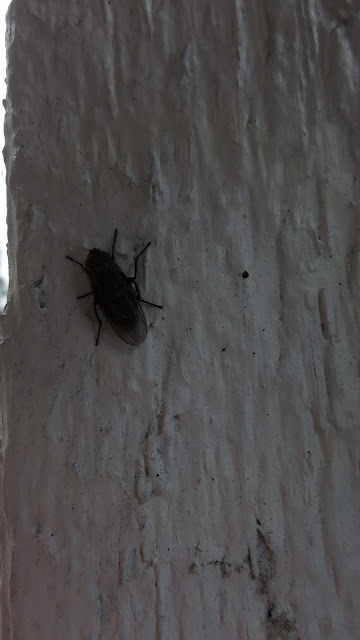 And a side view, just cuz: 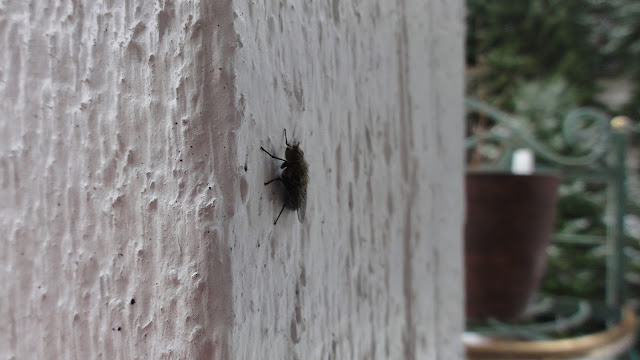 I've been tempted to bring him inside, but I'm afraid a quick thaw will kill him.

Tonight, I managed to capture the raccoon.  Not well, due to lighting conditions (i.e., none), but I got 'im: 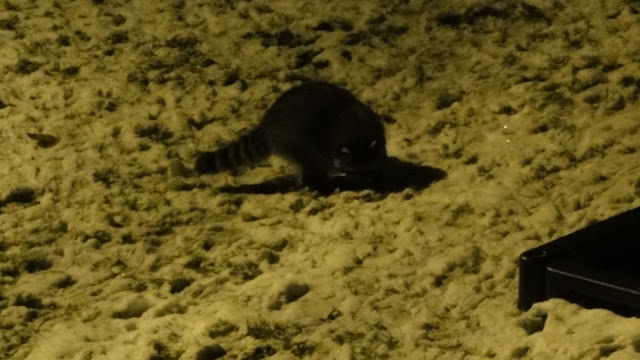 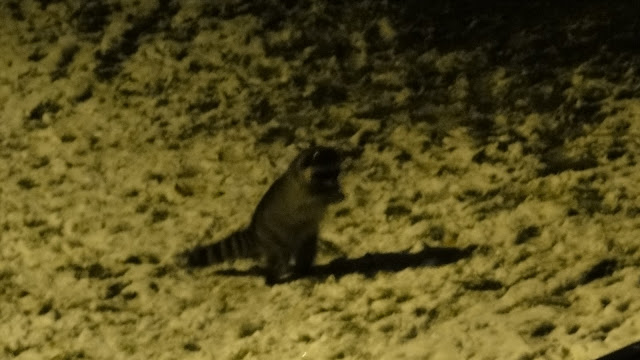 Still no idea what he's finding out there, but he's been back at least twice so far, so it must be good.

No turkeys to offer, alas.  But I'm sure by the end of tomorrow, you'll have seen quite enough of those anyway.

Happy night-before-Thanksgiving, everybody!
Posted by Dana Hunter at 9:55 PM