Long-time readers may recall that in my deep past, I wanted to be an astronomer.  I've still got an abiding fondness for such things, but I don't get to feed my inner amateur astronomer much up here.

So when Twitter started buzzing with word of a total lunar eclipse for the night of December 20-21, I looked out the window, saw clouds, and said, "Bah, humbug."  But that didn't stop me from heading outside at a little after 11pm to have a hopeful look.

The clouds had parted!

Stayed out there for almost an hour in flip-flops, too intent on watching the moon vanish to run back inside for sensible shoes.  This was the event of a lifetime, wasn't it?  I mean, seriously, people, those of us who got to see it either outside or streaming live online were witnessing something extraordinarily rare:


This lunar eclipse falls on the date of the northern winter solstice. How rare is that? Total lunar eclipses in northern winter are fairly common. There have been three of them in the past ten years alone. A lunar eclipse smack-dab on the date of the solstice, however, is unusual. Geoff Chester of the US Naval Observatory inspected a list of eclipses going back 2000 years. "Since Year 1, I can only find one previous instance of an eclipse matching the same calendar date as the solstice, and that is 1638 DEC 21," says Chester. "Fortunately we won't have to wait 372 years for the next one...that will be on 2094 DEC 21."

Soooo lucky Seattle's cranky winter weather chose tonight to have a lengthy cloud break at just the right time.  So lucky I follow Phil Plait on Twitter, and that he kept us all up-to-the-minute caught up on what we should see and when.   He also had a super-spiffy blog post up with about all you'd need to know.

If I'm still alive in December of 2094, I shall have to make sure I'm ready with a camera that can record the event.  By then, we should have much better.  But mine did remarkably good for a little pocket model, and would've done far better if I'd have binocs.  Still, got some fun stuff!


That's what made me dash back inside and snatch up the camera.  Over the next 40 minutes or so, I watched the bright bits of the moon get smaller: 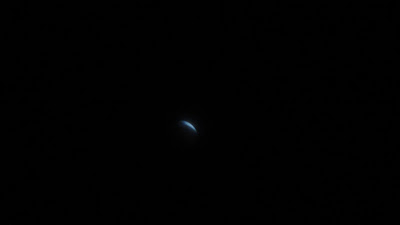 And the clouds cleared away near totality, and the last sliver of moon gleamed: 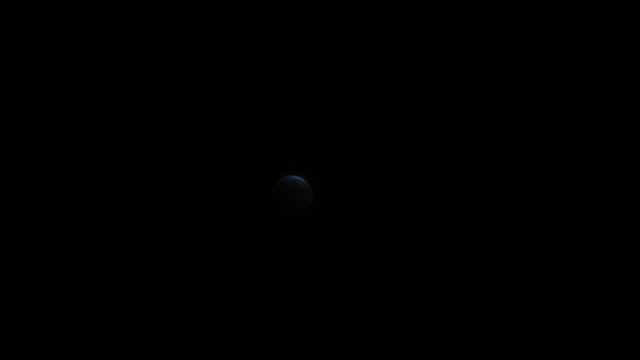 You can just barely see it.  And then, boom: totality.  Which was about the time my camera said, "Sod this for a bloody lark, I can't see a damned thing," and packed it in for the night.  Luckily, Phil was able to catch some good images:

How many of you guys got to see it?

Update:  You, my darlings, must click here to see my friend Michael Smith-Sardior's outstandingly beautiful photo of the eclipse!
Posted by Dana Hunter at 1:58 AM

I went out a couple of times after I watched the last light fade out, and one of those, I was able to see kind of a smudge of brown-orange through the clouds, but overall, it was too overcast here for decent viewing. But I consider myself lucky to have been able to watch totality set in for about 10 minutes.

I want your camera. It was a rare treat. And to have clear skys