More teaser photos for ye. I'd say clever things about them, but I still haven't recovered. The people who claimed exercise gives you energy lied.

We drove up into the Cascades and hiked Ross Lake. Yes, the hike that's all uphill on the way back. But it's worth it, hot and dusty and exhausting as it is, because there are fascinating rocks the entire way, not to mention amazing views of various Cascade peaks. There's even marble down by the lake! Granted, to get a good look, you have to jump into glacial meltwater, but I'll do nearly an damn fool thing for interesting rocks.

I don't have any pictures of my damn fool self in the lake, because my intrepid companion was too worried about me freezing bits of my anatomy off to take any, but I have got a picture of my foot on some native marble: 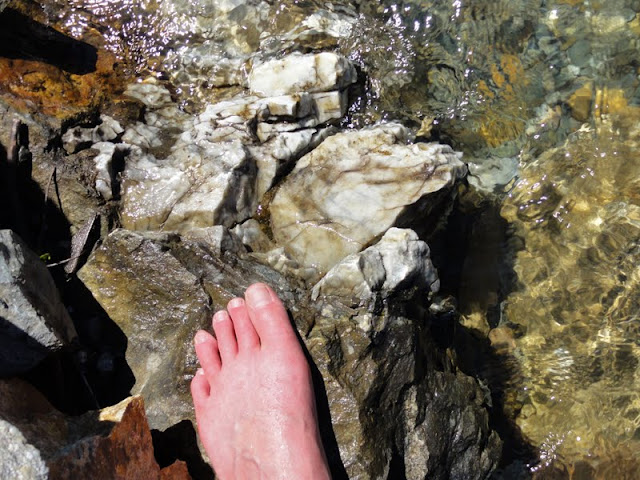 The following is one of the cliffs close to the boat landing. Not quite sure what it is yet - it had some unusual features we'll discuss when I get my photos sorted. 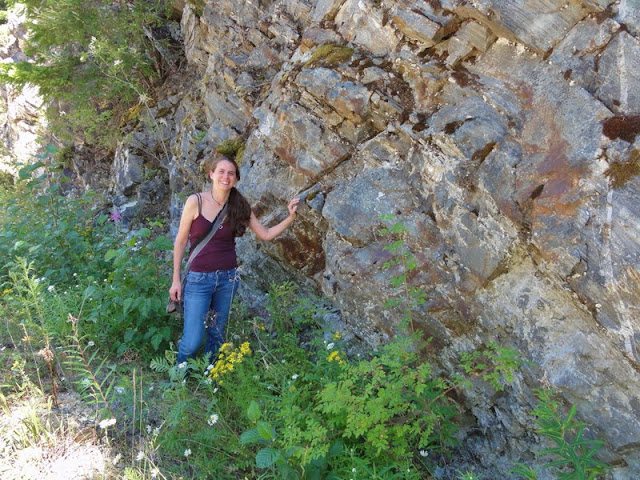 After the lakes, we came down the mountains and visited a limestone quarry. Really, really super-neat folding in some of the strata there. 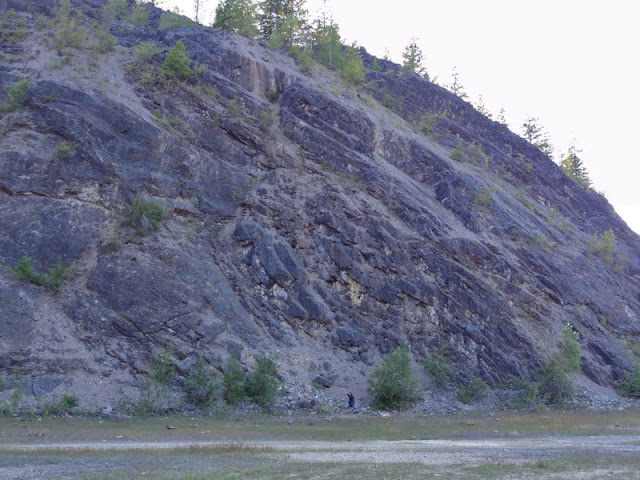 That teensy-tiny figure down at the bottom is moi. These cliffs were quite high. Here's a crop: 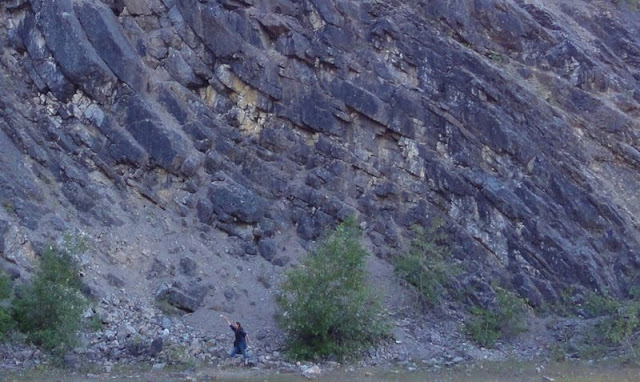 How fun is that?  Just wish I hadn't forgotten the rock hammer in the car, because this would've been the perfect place to let loose. Ah, well, there's always next time. Supposed to be fossils in them thar limestones, y'know, but by the time we got there it was late and we were too exhausted to look much.

We got a late start next morning. So did the sun. And the tide. We headed back to Rosario for some fun with tide pools (wait till you see the teeny tiny hermit crabs! And the starfish nomming! And - well, it will come in time). Then we took off down to Whidbey Island, where the tide was far enough out at Blower's Bluff still that I could get some very nice shots of glacial deposits. And speaking of glacial, check this: 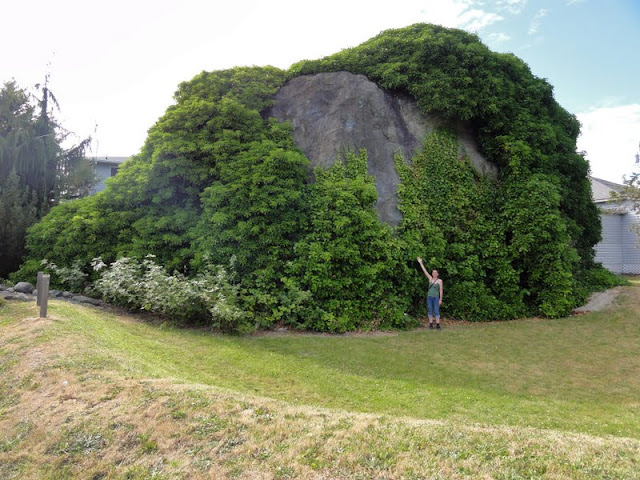 That, my friends, is a damned enormous glacial erratic at Coupeville. So big, in fact, you can see it from space. My intrepid companion sent me this image he took from Google: 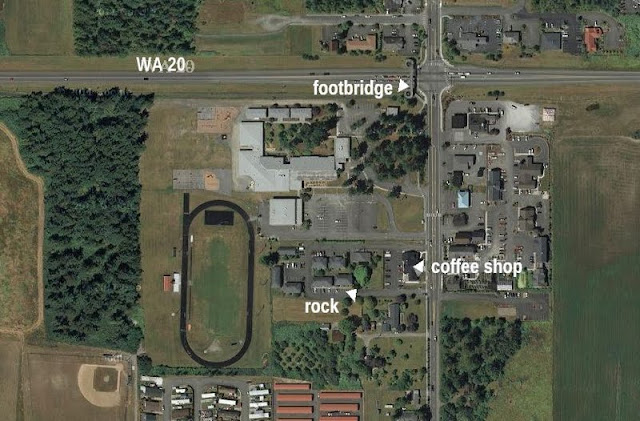 It is that big green blob nestled beside the apartment buildings, which it is nearly as big as. If you're ever on Whidbey Island, go see it. You can grab an excellent cup of coffee and sit on a bench out back enjoying the glacial erratic view.

I've got so much to show you all - including a magnificent shrimp, annoyed herons, and some of the best geology I've seen in a long while. Just let me get my breath back, and we'll dive in.
Posted by Dana Hunter at 7:02 PM

I love folded rocks! Reminds me that even rocks aren't invincible. Damn close, but not invincible.