Alas, spelunking the Science Daily website turned up no news in breakthrough treatments for evil Aunty Flow. Between her antics and the goings-on in Gaza, I didn't have time to put together anything coherent. But plucking biomedical news at random from Science Daily will give you at least a little sensational science for your Sunday.

As bacteria resistant to commonly used antibiotics continue to increase in number, scientists keep searching for new sources of drugs. One potential new bactericide has now been found in the tiny freshwater animal Hydra.

The protein identified by Joachim Grötzinger, Thomas Bosch and colleagues at the University of Kiel, hydramacin-1, is unusual (and also clinically valuable) as it shares virtually no similarity with any other known antibacterial proteins except for two antimicrobials found in another ancient animal, the leech.

Hydramacin proved to be extremely effective though; in a series of laboratory experiments, this protein could kill a wide range of both Gram-positive and Gram-negative bacteria, including clinically-isolated drug-resistant strains like Klebsiella oxytoca (a common cause of nosocomial infections). Hydramacin works by sticking to the bacterial surface, promoting the clumping of nearby bacteria, then disrupting the bacterial membrane.

Scientists at Albert Einstein College of Medicine of Yeshiva University have identified a small intracellular protein that helps cells commit suicide. The finding could lead to drugs for combating cancer and other diseases characterized by overproduction of cells.

The research was led by the late Dennis Shields, Ph.D., a professor in Einstein's Department of Developmental and Molecular Biology for 30 years, who died unexpectedly in December.

In response to stress or as a natural part of aging, many cells undergo programmed suicide, also known as apoptosis. Cancer cells often become immortal and dangerous by developing the ability to suppress apoptosis.

A decade ago apoptosis was thought to be directed solely by the nucleus and mitochondria of cells. Dr. Shields' laboratory was the first to show that a cellular organelle known as the Golgi apparatus also plays a role in apoptosis.

The Golgi package proteins and other substances made by cells and direct them to their destination within the cell. A protein called p115 is vital for maintaining the structure of the Golgi. In earlier research, Dr. Shields' group demonstrated that the Golgi's p115 protein splits into two pieces early in apoptosis and that the smaller of these protein fragments—205 amino acids in length—helps to maintain the cell-suicide process.

Ever since the 1966 Hollywood movie, doctors have imagined a real-life Fantastic Voyage a medical vehicle shrunk small enough to “submarine” in and fix faulty cells in the body. Thanks to new research by Tel Aviv University scientists, that reality may be only three years away.

The blueprints for the submarine and a map of its proposed maiden voyage were published earlier this year in Science by Dr. Dan Peer, who now leads the Tel Aviv University team at the Department of Cell Research and Immunology. The team will build and test-run the actual “machine” in human bodies. Dr. Peer originally developed the scenario at Harvard University.

Made from biological materials, the real-life medical submarine’s Fantastic Voyage won’t have enough room for Raquel Welch, but the nano-sized structure will be big enough to deliver the payload: effective drugs to kill cancer cells and eradicate faulty proteins.

New research reveals the brain activity that underlies our tendency to "follow the crowd." The study, published by Cell Press in the January 15th issue of the journal Neuron, provides intriguing insight into how human behavior can be guided by the perceived behavior of other individuals.

Dr. Klucharev and colleagues hypothesized that social conformity might be based on reinforcement learning and that a conflict with group opinion could trigger a "prediction error" signal. A prediction error, first identified in reinforcement learning models, is a difference between expected and obtained outcomes that is thought to signal the need for a behavioral adjustment.

The researchers used functional magnetic resonance imaging to examine brain activity in subjects whose initial judgments of facial attractiveness were open to influence by group opinion. Specifically, they examined the rostral cingulate zone (RCZ) and the nucleus accumbens (NAc). The RCZ is thought to play a role in monitoring behavioral outcomes, and the NAc has been implicated in the anticipation and processing of rewards as well as social learning.

The study authors found that a conflict with the group opinion triggered a long-term conforming adjustment of an individual's own rating and that conflict with the group elicited a neuronal response in the RCZ and NAc similar to a prediction error signal. Further, the magnitude of the individual conflict-related signal in the NAc correlated with differences in conforming behavior across subjects. 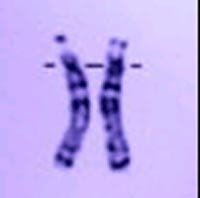 In research published in the advanced online publication of Nature Genetics, researchers have identified a genetic defect for common epilepsies on chromosome 15. A subset of patients with epilepsy lacked a certain part of this chromosome. Further studies on patients from the USA confirmed this finding. The loss of small chromosomal segments, called microdeletions by geneticists, has previously not been connected with common disorders that also include many types of common epilepsies.

Dr. Ingo Helbig, University of Kiel and Department of Neuropediatrics at the University Medical Center Schleswig Holstein, Germany, is first author on this research study: “So far, we didn’t know that microdeletions, loss of entire chromosomal segments including several genes, can also be a cause for common diseases. This finding will help understand why people suffer from common disorders including epilepsies.”

Up to three percent of the population experience epileptic seizures and one percent suffers from epilepsy, which is characterised by recurrent seizures. The researchers hope that understanding how this genetic defect leads to epilepsy will help develop new drugs against seizures. So far, most genes for epilepsy were only found in rare form of epilepsies. However, hereditary factors are long known to play a much larger role, contributing to many common forms of seizure disorders. Hence, the discovery of the 15q13.3 microdeletions in common epilepsies is an important milestone.

The DREAM gene, which is crucial in regulating pain perception, also seems to influence learning and memory. This is the result of studies carried out by researchers in Seville (Spain) and Vienna (Austria). The new findings could help explain the mechanisms of Alzheimer’s disease and yield a potential new therapeutic target.

Josef Penninger, meanwhile scientific director of IMBA, the Institute of Molecular Biotechnology of the Austrian Academy of Sciences in Vienna, continued to wonder what other surprises DREAM might have in store. In a collaborative effort with neurobiologists from the University Pablo de Olivade (Seville) he devised experiments to follow up on the previous findings. A team of scientists under Ángel Manuel Carrión subjected DREAM-less mice to numerous neurological tests and analyzed their memory skills. The results were striking: without DREAM, mice were able to learn faster and remember better. Fascinatingly, the brains of aged mice (18 months) showed learning capacities similar to those of very young mice.

Thus, DREAM turns out to be a genetic candidate for explaining old age dementia. Even a causal connection to Alzheimer’s disease seems plausible.

Studies published in mid 2008 suggest that the devastating condition may be related to Calcium regulation gone awry. The accumulation of amyloid plaques in brain cells, usually blamed for Alzheimer’s, might be a consequence of the Calcium-imbalance rather than the culprit for the disease.

And Calcium regulation is also responsible for tuning the activity of the DREAM-gene. Calcium homeostasis may thus be the link between pain perception, learning and memory. This is supported by observations of patients suffering from chronic pain: very often their ability to memorize is strikingly reduced and they need a lot more time to learn than individuals without pain.

Not a bad haul for just sticking your hand in and pulling out a handful of articles, eh? The last two photos are Easter eggs - click and enjoy!
Posted by Dana Hunter at 4:38 AM