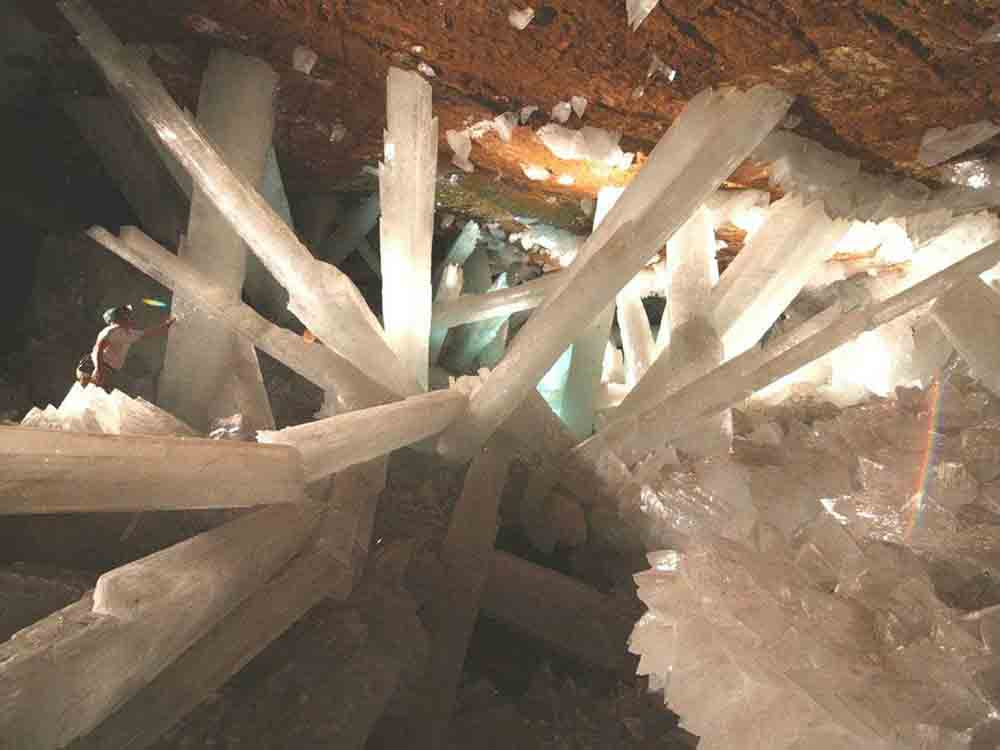 Right.  Here's a nice set of crystals.  Guess how big they are.  Go on, guess.  Then follow me after the jump.


Here's a little someone for scale: 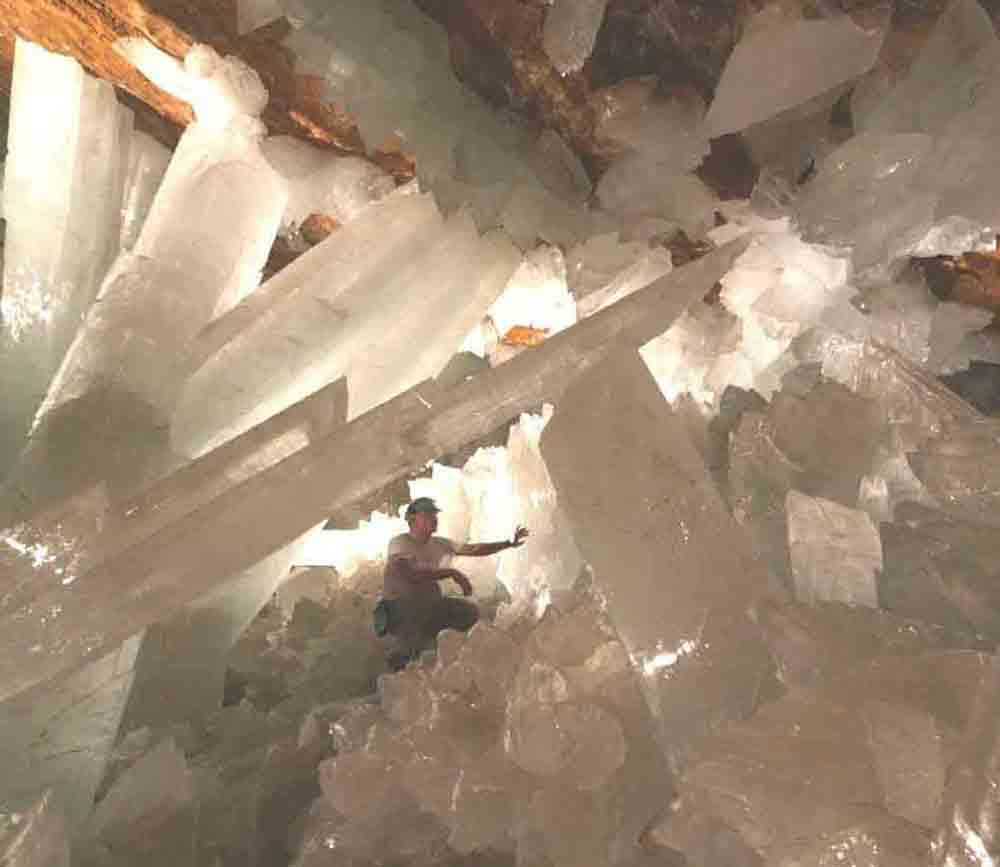 Yes, that is a regular-sized dude hanging out with giant crystals.  I used to dream of places like this when I was a kid.  Little did I know that all I needed to do was head down to Mexico and take a trip underground.  Well, considering the Cueva de los Cristales wasn't discovered until 2000, it would've been a little weird if I'd known that as a kid.  The point is, astonishing places that dwarf even my fevered young imagination exist.  I mean, I'd only envisioned crystals a few feet long, at most six feet (which is gargantuan when you're just a shade over three feet tall).  This crystal cavern contains specimens that approach 30-40 feet.

So how did it form?  You gotcher thick beds of limestone formed from the bodies of sea creatures and such, then due to the vagaries of plate tectonics, the sea floor ends up buried 1000 feet down, and underground water gets heated up by a magma chamber.  When minerals dissolved in the water precipitated out in this undisturbed underground cavern, you got crystals that had a long time to grow and grow and grow.

Such is the thumbnail sketch of a magnificent tale.  Go here and here for a little more to the story, and more astounding pictures.

We should so organize a field trip.

(Tip o' the shot glass to Inside Planet Earth.  Who sez watching teevee isn't a valuable use of your time, eh?)
Posted by Dana Hunter at 2:50 AM

Except not so isolated ...

It looks like math met poetry. It's why I love both. Thanks for the pictures and the story.