They did it. They really did it.

My parents, my conservative parents, including my "Rush Limbaugh conservative" stepmother and my McCain-admiring father, got their mail-in ballots over the weekend. My stepmother, of course, was dead-set on Obama. My father not so much. I figured they'd probably end up canceling each other out.

But my father, who has not voted for a Democrat for president ever, voted for Obama.

Then he proceeded to search the ballot for other Democrats running for national office, and voted for them. "If we're going to do this thing, we've got to do it right," he solemnly informed my stepmother. He wanted to make sure that Obama had a solid Democratic majority to back him up.

It was the war that did it. He doesn't really agree with Obama on anything else, but quibbles over economic and domestic policy didn't matter when set against the fact that McCain wants to keep us indefinitely in a useless war, and start other useless wars on top of it.

My dad's a Vietnam vet. He knows a little something about the price of useless wars.

The way Obama's going, we could end up with de facto one-party rule in this country. The Cons could find themselves reduced to nothing but background noise. All of the smart conservatives are heading Obama's way. And for the most part, it's not a protest vote. They really like him. Even my father, who doesn't like Obama's liberal tendencies, seems to respect him.

If Obama manages to do with his first term what I think he's going to do, you're going to hear the term "Reagan Democrats" replaced with "Obamacans." I guarantee it. 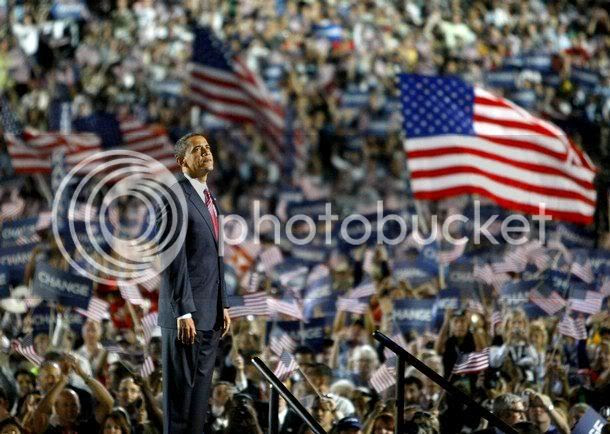 Congratulations to your parents! Yea! :-)

I suppose you could say I'm a 'Reagan Democrat', in the sense that I voted for Reagan and he made me a Democrat...