Considering my former home relies heavily on tourism for its income, I have a feeling Arthur Frommer's latest blog post will grab a few people by the balls and give them an unpleasant twist:

Maybe the gun-toting teabaggers excited Michael Steele and his fellow Republicans, but the travel wizard was not impressed and is canceling any future plans for going to McCain's home state. [snip] What he says carries a lot of weight, and you can bet Arizona officials are freaked out by his opinion on this matter.

Here's what he said.

I am not yet certain whether I would advocate a travel boycott by others of the state of Arizona; I want to learn more about Arizona's gun laws and how they compare with those of other states. But I am shocked beyond measure by reports that earlier this week, nearly a dozen persons, including one with an assault rifle strapped about his shoulders and others with pistols in their hands or holsters, were openly congregating outside a hall at which President Obama was speaking to the Veterans of Foreign Wars.

For myself, without yet suggesting that others follow me in an open boycott, I will not personally travel in a state where civilians carry loaded weapons onto the sidewalks and as a means of political protest. I not only believe such practices are a threat to the future of our democracy, but I am firmly convinced that they would also endanger my own personal safety there. And therefore I will cancel any plans to vacation or otherwise visit in Arizona until I learn more. And I will begin thinking about whether tourists should safeguard themselves by avoiding stays in Arizona.

Wow. Frommer is actually thinking of a full scale travel boycott of Arizona.

How bad would a travel boycott be? Let's take a look at some fun facts (.pdf), shall we?

*Travel spending in Arizona generated a total (direct and secondary) impact of 310,000 jobs with earnings of $10.2 billion in 2008. Most of the secondary impacts were in professional and business services.

Now, I'm not sure just how much of a ding Frommer could put in those figures, but based on the fact that travel guides are pretty much divided between Frommer's, Fodor's and trace amounts of Those Other Guys, I'd say it'd be substantial enough to make a lot of people in Arizona very, very unhappy.

So, AZ, how's about getting those gun nuts under control, eh? It's either this: 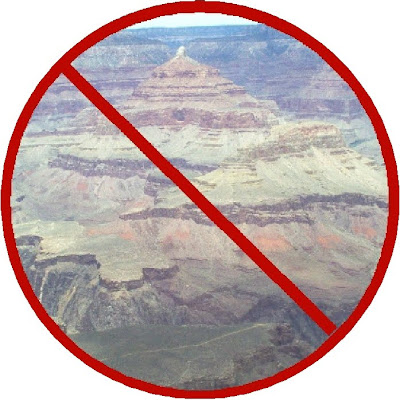 Economically, I'd say the choice should be easy...
Posted by Dana Hunter at 5:12 AM

This is going to be one where we disagree.

What good is gun control? It doesn't stop violent crime. The UK's violent crime rate is far higher than ours.

Canada, on the other hand, has nearly as many guns in circulation as the US does an doesn't have nearly the amount of gun violence we have here.

The best things for stopping gun crime in my opinion are the following:

1. Gun education course. Before you're allowed to own guns you should have to take a class on gun safety, and the rules and responsibilities of owning and/or using a gun. Liken it to Driver's Ed.

#3 should have be written differently. Emphasize personal responsibility and punish failures of said responsibility appropriately. (Meaning harsh penalties for serious lapses..."Bowling for Columbines" 5 year old kid shooting comes to mind. The Uncle who was responsible for the weapon used in that tragedy, IMO, should never be allowed to own a firearm again and should have served prison time, if he didn't.

Here is where statistics can be highly misleading, and often used as evidence to support conclusions for which there is no direct correlation. NationMaster reports that the U.S. ranks 8th on the world list in murders by firearms per capita @ around .028 per thousand, just behind 7 third world countries like Colombia and Zimbabwe. The U.K. ranks way down @ 38th with .001 per thousand. Canada by the way is @ .005.

While I sympathize with much of what RickU has to say, rational arguments about gun control have nothing to do with abolishing private ownership, but establishing effective laws which reduce the levels of crime which involve guns.