I've spent the past two days doing quite a bit of adventuring in the Seattle area. And one of the most touching things has been seeing the American flag flying at half-mast in Sen. Ted Kennedy's honor: 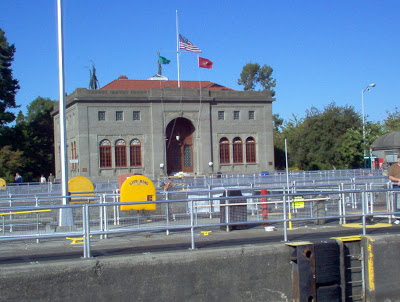 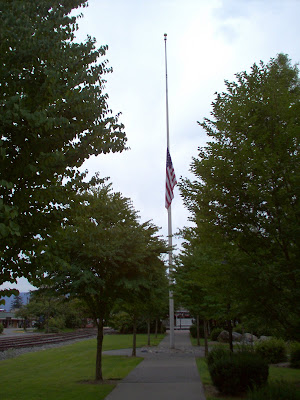 Snoqualmie's Millennium Park
It's an honor he well deserves after all he's done for us:
I don't think that's an exhaustive list, but it'll do.

We love you and we miss you, Teddy. Here's to your life. I think you can say of you what was said about two of our local residents: 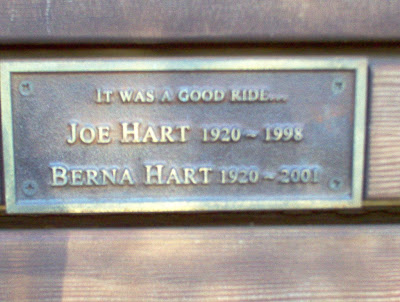 Memorial Bench in Juanita Bay Park, Kirkland
It was indeed.
Posted by Dana Hunter at 3:08 AM

Email ThisBlogThis!Share to TwitterShare to FacebookShare to Pinterest
Labels: farewells

We love this blog! We mentioned you on our listing of blogs of note on August 14th.
Keep up your hilarious writings.