The Bald Eagle Has Landed

And refuses to take off again.

The weather report informed me it would be cloudy and cool.  That turned out to be a lie.  Oh, there were clouds, but plenty of sunshine, too.  So I went walkies in the neighborhood.  And check out who I saw: 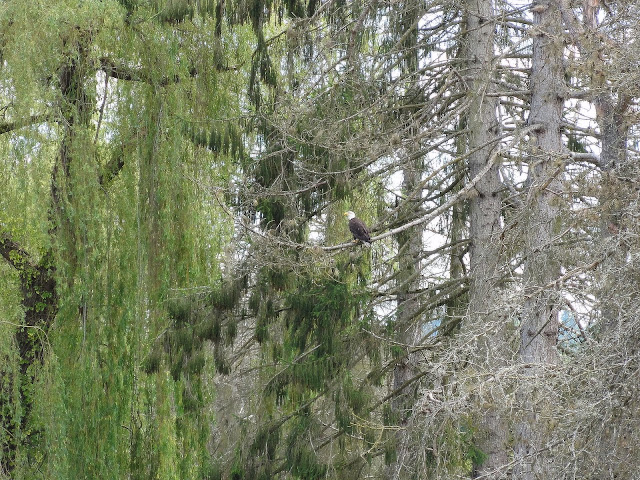 Yes, that's right.  An enormous adult bald eagle.  A gentleman on the trail informed me there's a few around.  I'd heard rumors, but this is the first time I've seen one.

Unfortunately, he was not interested in flying away, so I'm not able to show you a video of a flying bald eagle.  Shooting video of a sitting-still-and-occasionally-preening-bald-eagle didn't seem scintillating.  I can, however, show you good enlarged images, so why not follow me after the jump?


When I first saw him, I was on the bridge at Monte Villa Parkway, and too far away to get a decent close-up.  Even working my way down the trail didn't get me terribly close - wetland buffer and all that.  But I was able to get a somewhat clearer shot, even if there was a building in the background.  I'm not sure which is his best side, so we'll present both: 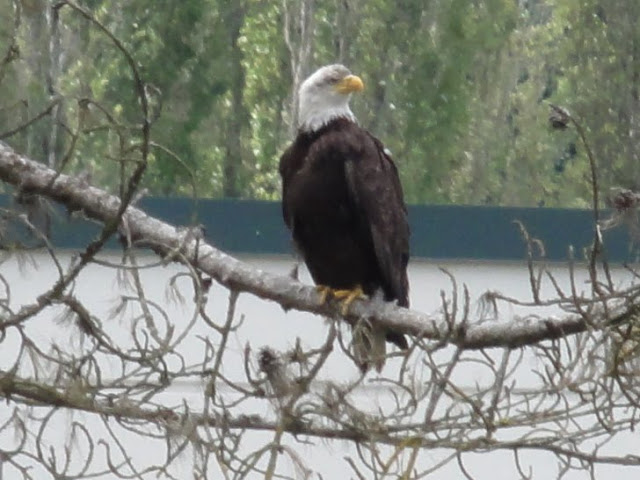 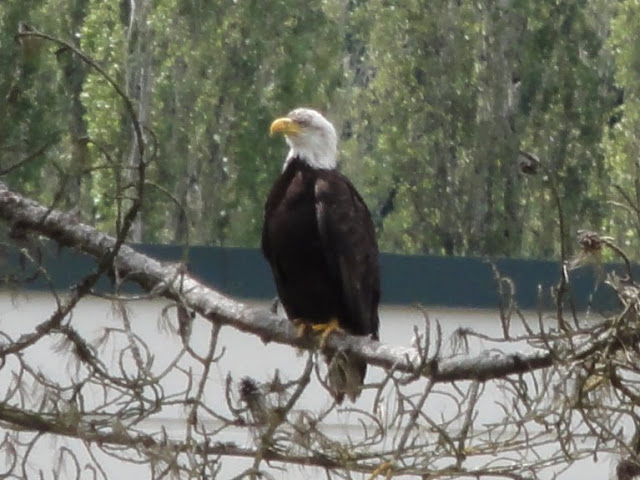 I also came across a ginormous dragonfly: 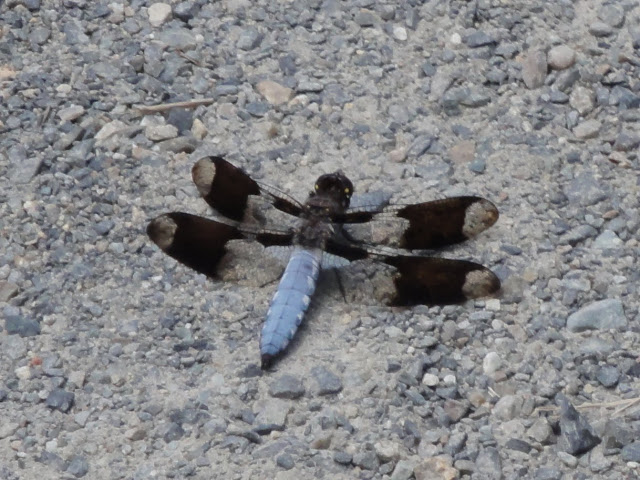 It's so awesome being able to stand a great many feet away and still get a shot like that.

On the way home, I stumbled across a veritable duck siesta: 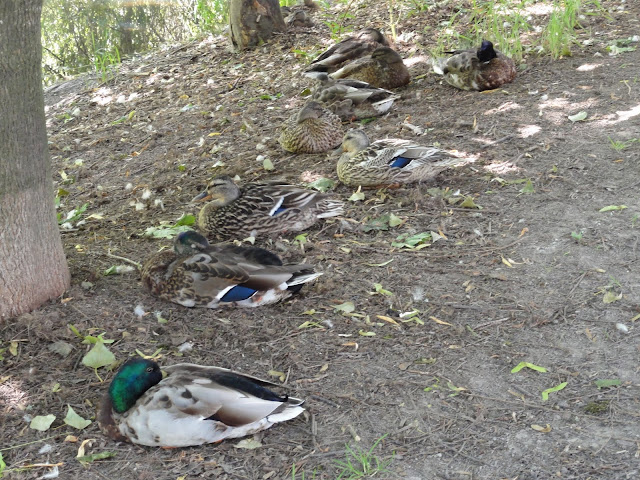 It's usually not so peaceful along that stretch of the creek.  Right across from the ballfields, y'see, and there's usually about ten thousand people milling around.  Today, nice and silent, and the ducks seemed to be enjoying the respite.  I almost settled down for a nap with them, but the grilled hotdogs at Home Depot were summoning me.  Yes, that's right.  Grilled hotdogs, Home Depot.  There's a gentleman there who sells them, and they are big and yummy.

But first, I had to stop for the baby bunny: 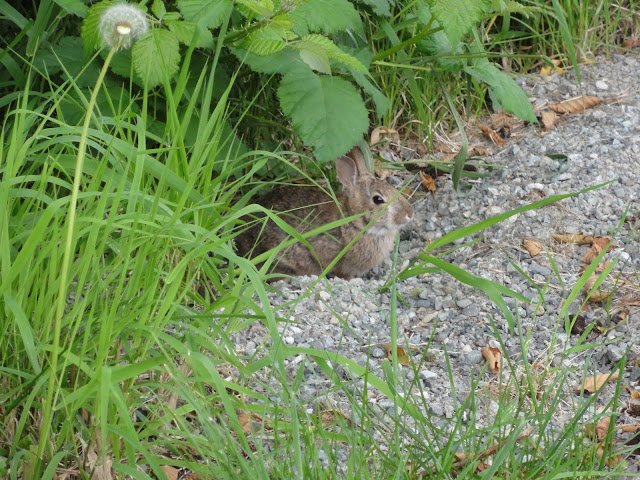 There were two, but the first one ran and hid.  Too cute!

And that's all for the playing in the sunshine.  Time to have dinner and then buckle down on this geology stuff.
Posted by Dana Hunter at 10:04 PM

I must have almost bumped into you on the trail. I stopped to watch the bald eagle there too. There's a lot of wildlife on that trail. You can see a heron along there most days and there is evidence of a beaver, though I haven't actually seen him.