I haven't been doing much adventuring lately, aside from a trip out to the Bellevue Farmer's Market for research purposes today.  But my cat's been having a rich life of her own.  Apparently, getting singed has had no lasting effects.

Or did it?  After all, she's never made herself a fortress o' paper, until now: 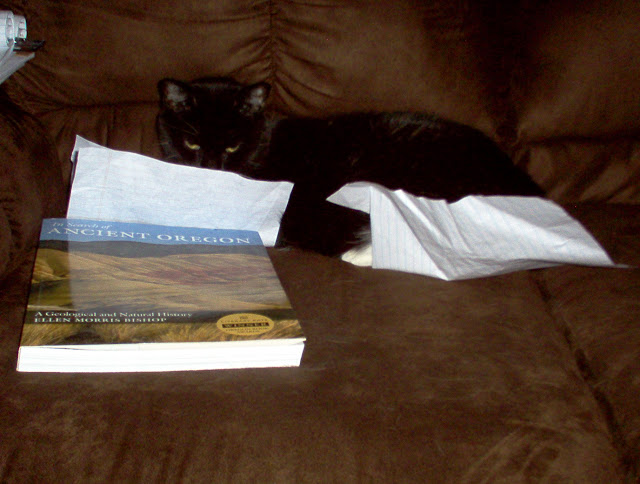 Those papers were flat until she rearranged them.  She's made good friends with my In Search of Ancient Oregon book, too - I haven't been able to shelve it because she's been enjoying cuddling it so much lately.

When she's not hanging out with geology, she's using the couch as a bunker: 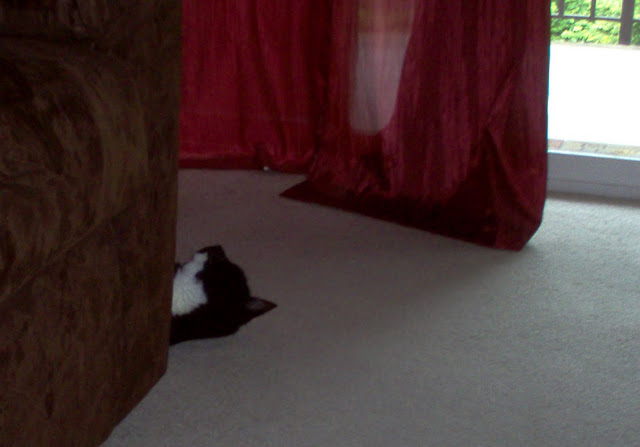 Don't ask me why it's so amusing to look up from your political reading and see nothing but a cat head poking around the sofa, but it is.

Later in the day, she decided she felt oh-so-pretty: 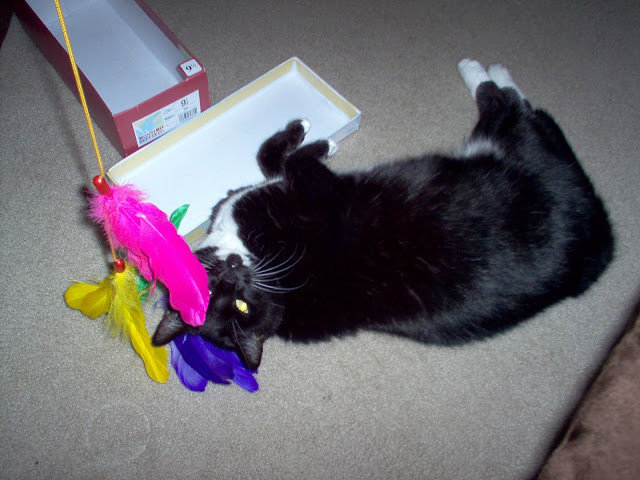 And yes, that is her shoebox.  There are actually a few boxes around the house I haven't discarded because she's not done playing with them.  There's her Amazon box: 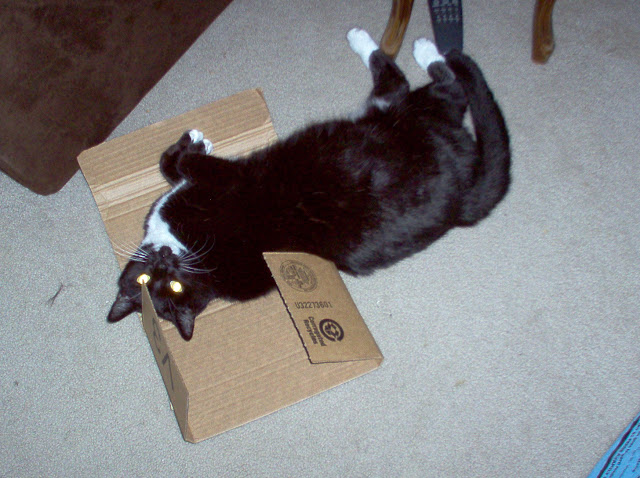 Amazon wants us to rate their packaging.  Kitteh gives it five stars.

Then there's her lamp box: 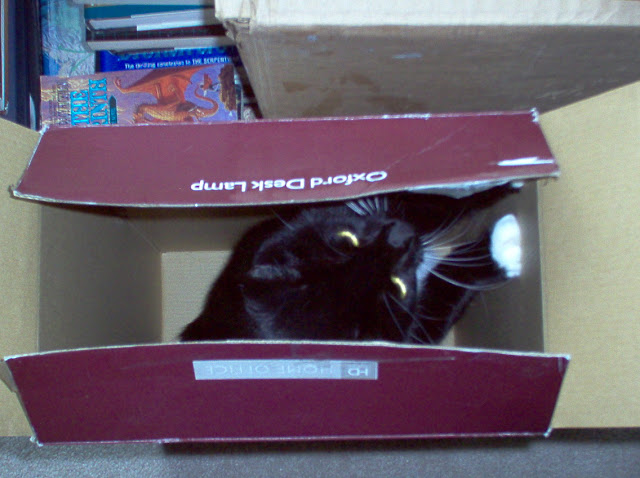 Which is so deep she has trouble getting out of it, but that hasn't stopped her from jumping in (and eventually jumping out): 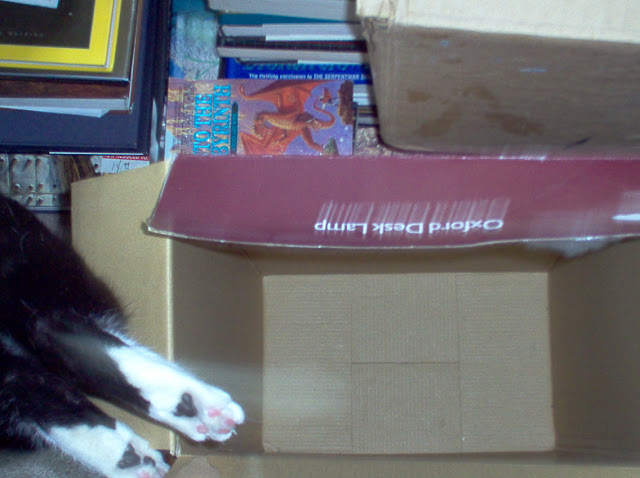 Both of us will regret the day this box ends up being filled with books and hauled down to Powell's.

It's hard to believe this feline is fifteen.  She's still as adept at getting into trouble now as she was at age two.
Posted by Dana Hunter at 1:55 AM

Don't ask me why it's so amusing to look up from your political reading and see nothing but a cat head poking around the sofa, but it is.

It's amusing even when you're not looking up from political reading. I don't know why that's true, either.

Enjoy her while you have her. My old lady cat is 19, and on her last legs. There'll be a day soon when we take her to her Last Visit to the vet. Meanwhile, I shower her with all the scritches I can.