It's here, it's here!  And it seems to be marvelous, although with the crappy ancient screen on my laptop, it doesn't seem I'm getting the full glory of these photos.  There's also the fact I'm using the camera for the first time, and it's a learning curve.  But so far, so good - things are turning out better than I expected.


Of course, the first thing I photographed was teh kitteh: 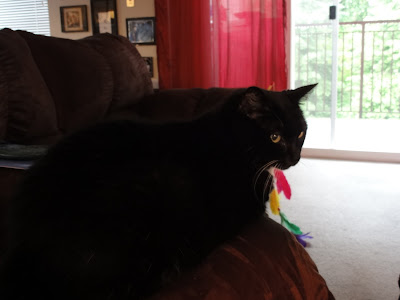 Understand something: it was dark in the house.  I had one tiny lamp on, and the clouds outside were so thick that it was practically dusk.  And this photo was taken without flash.  Pretty impressive so far!

I didn't have a chance to do much shooting, but I did manage to catch some rhodies at work: 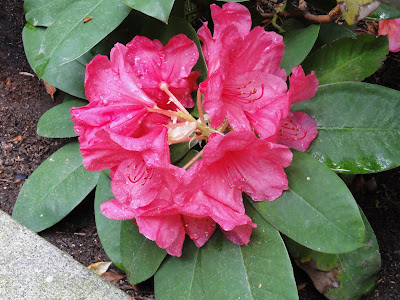 Zoom in for some lovely detail with the rain on the petals.

Here's a detail from my table full o' rocks: 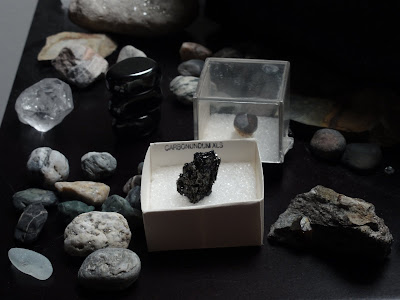 That shot's taken at night, with just the one pathetic lamp, no flash.  And speaking of horrible lighting conditions, check this out: 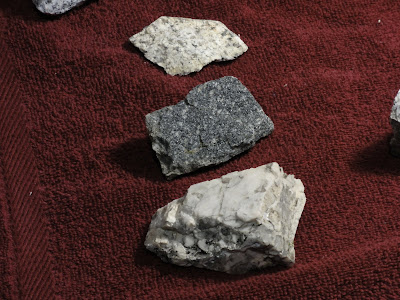 Believe it or not, the lighting for that shot was truly abysmal.  I mean, horrific.  And yet the detail on the rocks is remarkably crisp and clear. Macro photography's going to work better with some natural light, but considering how the odds were stacked against this poor camera, it did amazingly well.

And one more of kitty, this time with the flash: 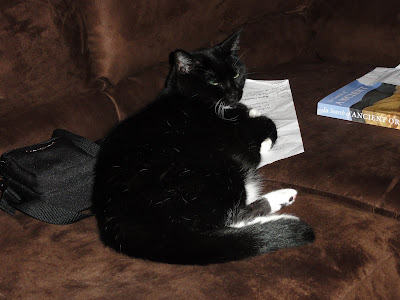 Damned good flash, I must say.  Not that I'll be using it all that much.  I mean, check out this crane fly, which was hanging out on my bathroom wall: 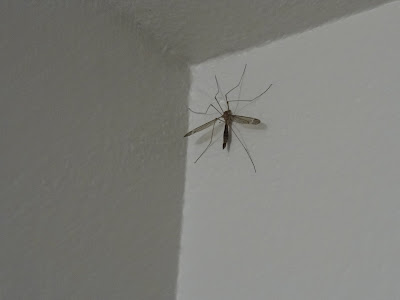 My old camera, as you well know, couldn't have captured such a crisp and detailed image under any lighting conditions, much less in the bathroom in the middle of the night.

So, so far, so good.  It's going to take some getting used to, and I'll have a lot of fiddling around to do before I've got it figured out, but we're off to a pretty excellent start. If it ever bloody stops raining, we can even put it through its landscape paces....
Posted by Dana Hunter at 1:38 AM

Yipee! So will you be making another visit to the museum?

I can relate to the agonizing wait. My G11 isn't due to arrive until the 16th. Some dipshit opted for the free shipping...

Wow. I suspect my four year old entry-level Kodak might have gotten the kitty photos fairly well, but the others would have been somewhere between difficult and impossible.