Have You Appreciated A Vulture Today?

Deary me.  Today's Vulture Appreciation Day.  Must take a moment and find some vultures to appreciate.  Why bother?  Because they keep icky dead bodies from piling up all over the place, and besides, they're lovely in the right light.

Take, for instance, this king vulture:

King vultures are denizens of the New World, but you'll have to head for parts between southern Mexico and northern Argentina to see one in the wild.  It can glide for hours without bothering to flap its wings.  If that doesn't impress you, you're hopeless.

Slightly less majestic is the fact that these tropical-to-sub-tropical denizens poop on their legs to cool down.  This, it turns out, is also a habit of some storks.  Sometimes, evolution is icky.  Whatever works, I guess. 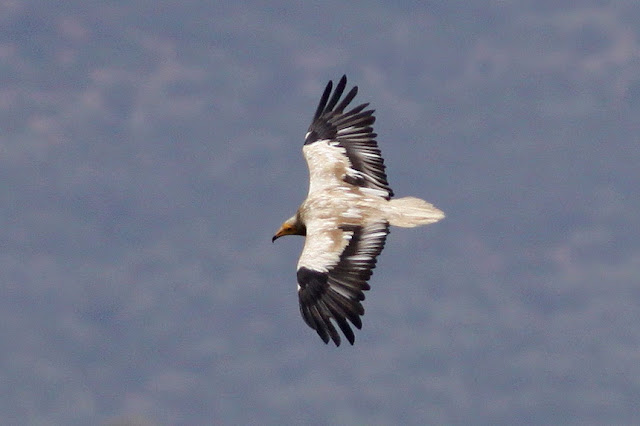 Otherwise known as the Pharaoh's Chicken, this old-world bird is one of the very few avian tool users - it's not above using stones to bash open ostrich eggs, and the Bulgarian variety actually winkles wool with twigs for nest-building, so they're clever little bastards as well as widely-traveled.  They engage in some coprophagy, but don't judge - we do silly and disgusting things for beauty, as well, and it's possible they get pigments from poo that give them those beautiful orange and yellow faces.

There.  Hadn't given much thought to vultures before now, but today I've discovered that they're varied, gorgeous, and eminently worth our respect.  Where would the world be without them?  Possibly knee-deep in dead bodies, so pay your respects.
Posted by Dana Hunter at 2:45 AM