Oh, dear.  I've made a huge mistake.  Meant to get the final bits o' research done for the earthquake scarp in Seward Park, y'see, but since On Demand had The X-Files: I Want to Believe on offer for cheap, I decided to watch that over dinner.  It's threatening to bring summer to an abrupt end.

Inspired now, alas.  Inspiration was supposed to wait for the winter writing season.  And since the last few seasons of The X-Files had sucked so very badly that I stopped watching it, I didn't think the movie would do anything to prod the Muse into action.  Oh, how very wrong I was.  Everything came flooding back: the delight in storytelling, the excitement, the intrigue.  Not that this was the greatest movie I've ever seen, not that there wasn't a fair amount of eye-rolling, but right now I'm willing to forgive any inane bits, because it made me want to write.

Unfortunately for the Muse, summer's not over just yet.  We've got Flaming Geyser State Park tomorrow, Oregon over the weekend, and if all goes well, a visit from a very dear friend the weekend after.  I haven't finished even a fraction of the work that'll keep this blog up and running whilst I'm off in my fictional world.  The fact that it's an almost physical pain I feel knowing fiction has to wait a few weeks tells me I'm still a fiction writer at heart.

As a compromise, and since I've got some new readers who may not know that much about me, we're having this post, which shall serve as an introduction to what I get up to in the dreary months.  Follow me after the jump if you're curious.


I've been screwing my courage to the sticking place all summer.  You see, the novel I want to write terrifies me.  Truly does.  Everything I do after it shall be a cakewalk, comparatively speaking.  I've got to do no less than cause my readership to fall in love with an entire world.  Could've taken the easy way out and just had them fall in love with the characters instead - that's dead easy - but no.  A world it must be.

Just as characters must be realistic and believable, I've decided this world must be the same.  A lot of SF writers spend their time making sure their physics and sometimes even biology are up to par, but I barely ever see geology given a nod.  Geology is assumed.  It is glossed over.  This will not do for this novel.  Since the world is to become a character in its own right, its geology must be as realistically-drawn as possible.  I still don't feel prepared for that, but there comes a time when one has to just bloody well go for it.  I may be screaming for help.  Fair warning.

So, there's that.  Definitely want to immerse myself in that novel, although I know it's going to take far more than a single season to write.  This is the work of years, and I'm okay with that.  Certainly, because it's the first book in the series, that means everything else is on hold.  I'm okay with that, too.  This novel must be done right, because it's the foundation for everything that comes after.

In the midst of that, I've got a glimmering of an idea for a book on actual really-real geology, and I might start working on that as well.  I might even (gulp) do NaNo.  Yes, technically, it is supposed to be a fiction novel one writes, but I've done shadow-NaNo before, and if this little itch of an idea won't go away, it'll be nice to just spend November scratching it so I can get on with the novel itself.  And guess what?  You, dear geologist and other scientist readers, would be a part of that project, because it would include highlights of you.  Aren't you excited?  I am.  And it'll happen, whether it's this November or turns into a next-summer project.  So prepare yourselves to be invited to participate in something that should turn out to be rather fun and inspirational, if all goes as it should. 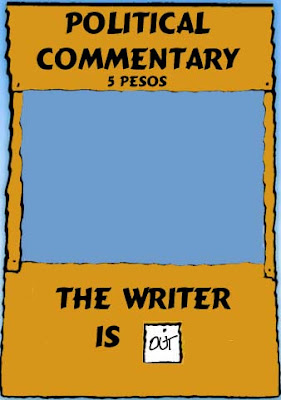 That was created back when this blog had much more of a focus on pollyticks, but you get the idea.  Look, when your jack-booted thug of a Muse has her heel on your throat, you don't defy her.  It's just not Done.  Especially if you intend to go through the rest of your life with an intact larynx.

I will have plenty of geology coming up.  There's all the write-ups from summer adventures I've been saving, and then there'll be the world-building stuff.  Other sciences come into it, too.  You'll get a chance to see how an SF writer weaves disparate bits together to make a whole story.  I'll make it as fun as I can.

Right, then.  There's a suggestive shoe nudging my windpipe, so I'd best go for now.  In the meantime, if you geos who are also fiction fans want to tell me what really gets up your nose about how fiction treats geology, I'm all ears.
Posted by Dana Hunter at 1:47 AM

It's not often that I have something to say about geology, being not nearly as well-studied as yourself, but it is definitely true that one of the things that bothered me about the Inkworld series was the "real world" characters' complete lack of curiosity about the physical aspects of the Inkworld -- like, do the rocks have strata and other signs of geology, or is the available physical evidence pretty much limited by the imagination of the "author" (Fenoglio)?

Answering questions like that could have helped to answer larger questions like: does science even work in the Inkworld, or does it operate by a different set of rules? If so, how are they different? Is logic consistent, even, or is it entirely subservient to the plot in some way? What are the boundaries?

...and on a completely different tack, some geological humor for you.

I've loved this blog ever since I found it. The political rants are usually right on target. But your geology and exploration posts are marvelous -- I click on the bookmark now with great anticipation, wondering what else you've done and seen. I think this has become my favorite blog.

Dana, I understand about the Muse, but do keep posting occasionally during the dreary months! Send her off to read one of your geology books or something while you craft an occasional post.