And just think, I don't even have to tire out my own arm.

On many fronts, Obama's doing a damned good job. However, this doesn't immunize him from criticism when he spectacularly fails to meet expectations. And just lately, it's become clear that he needs a bit o' reminding about this document called the Constitution, that we elected him to reverse Bush's abuses rather than continue them, and that keeping America safe involves making a clean break with the Bush policies that turned us into a nation of belligerent, torturing fucktards.

To that end, our very own Thinking Brain Dog has decided it's time for some consequences: 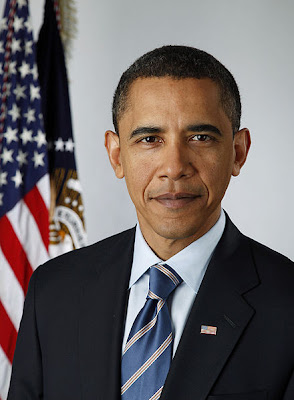 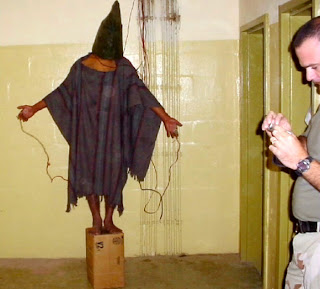 If he's going to ignore the Constitution that is supposedly a scholarly interest of his, then he will wear the shame that comes with that action. At least, he will wear it around here.

Ed Brayton rolls up his sleeves and gets to work with the paddle.

And, for those who are horrified and wondering why a man who campaigned on hope and change seems so intent on continuing the worst abuses of the previous administration, there's something of an answer from Roger Shuler:

Why does President Barack Obama continue to embrace many Bush Administration policies related to justice and the war on terrorism? It's probably because Obama's White House counsel has myriad conflicts related to the Bush administration, says an Alabama lawyer who played a pivotal role as whistleblower in the Don Siegelman case.

The most recent curious move by Obama officials came when the Department of Justice filed a brief renewing the government's motion to dismiss Rasul v. Rumsfeld, in which plaintiffs allege that former Bush defense secretary Donald Rumsfeld was responsible for their torture.

This continues an alarming trend of Obama embracing policies that he appeared to criticize on the campaign trail, reports Scott Horton of Harper's.

How could this happen? How could the president of "hope" and "change" agree on important issues with George W. Bush? Alabama attorney Jill Simpson points a finger at White House Counsel Greg Craig.

And for good reason. The man's slept with far too many Bush officials.

I know Obama's got a lot on his plate, but it's not like this is small, ignorable stuff. He was elected to clean the rot out of our government. He's going to lose plenty of public support if he doesn't, and then watch his agenda come crashing down due to that rot he decided he liked.

Best get scrubbing, Mr. President.
Posted by Dana Hunter at 6:15 AM

Reading the comments following Ed Brayton's article is a study in cluelessness. There are people there, seemingly intelligent ones at that, who seem to think that all this stuff is an aberration. In the end, they seem to think, Obama will come through. No doubt, he'll be wearing a cape. Hope dies hard, I guess.

Obama's choice for WHC isn't the reason for his willingness to assume these powers, it's a symptom. Don't forget that he has also not lost his fetish for John Brennan, rendition apologist extraordinaire. I don't know what motivates him, but his choices are a pattern, and by now it's one that ought to be clear to even the most inattentive observer.

So let's see if the press catches on. I'm afraid those people who are commenting at Ed's article may never.