I don't know if the rest of you have noticed, but the vast majority of parks seem to all but ignore geology.  You find little informational signs dotted everywhere talking about flora, fauna, settlement, discovery, etc.  But just a few pathetic mentions, if any, of the geology behind the spectacular scenery.  Unless, of course, you're at a volcano, where there's a smidgen more.

Why can't more states be like Wyoming, where (mostly accurate) roadsigns point up the fascinating geology even if it doesn't explode?  (Were these the roadsigns you'd mentioned, my dear Lyle?  After seeing the pictures and reading your description, I am so totally going to Wyoming!)

Olympic National Park was pretty biocentric, but there were dibs and dabs of geology here and there.  In the Hurricane Ridge Visitor's Center, they actually condescended to have a small display: 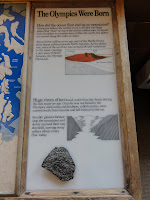 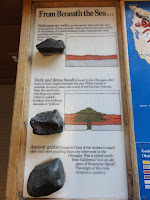 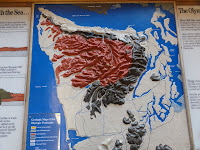 I guess it's a small consolation that I couldn't fit it into one shot, but still.  And in the whole gift shop, no books on geology.  Plenty on plants, animals, and people, but not the whole reason for the scenery.  Pathetic.  I guess if it doesn't explode, they figure people aren't interested.


Up on the Cirque Rim Trail, we ran in to one sign that gave a nod to geologic processes, but only obliquely.  I doubt many people consider what glaciers do to be geology, and nothing up here would make them the wiser: 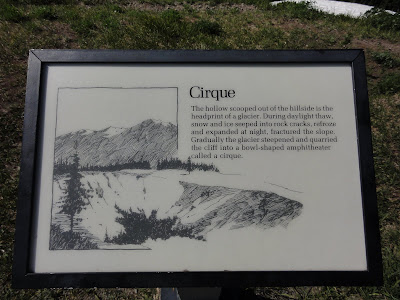 So, after dozens of signs talking about flowers and weather and animals and such, you can imagine my squeal of joy when we got up on the Hurricane Hill Trail and discovered this unabashed paen to the geologic forces that created the scenery: 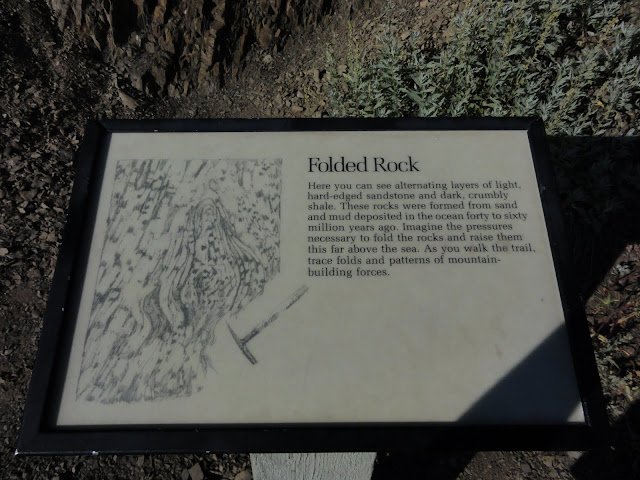 Here's yer folded rocks, because I knows you wants 'em: 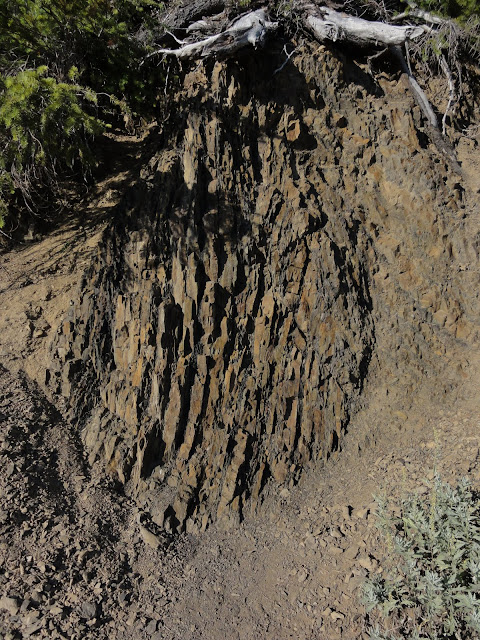 So there, at last, we have something calling attention to the incredible forces of the earth, and celebrating rocks.  Then it was a geologic drought as far as signs went for the rest of the hike.

When I went up on the mountain the next day, I caught up to a sign along Hurricane Ridge Road that give a hint that geology wuz here: 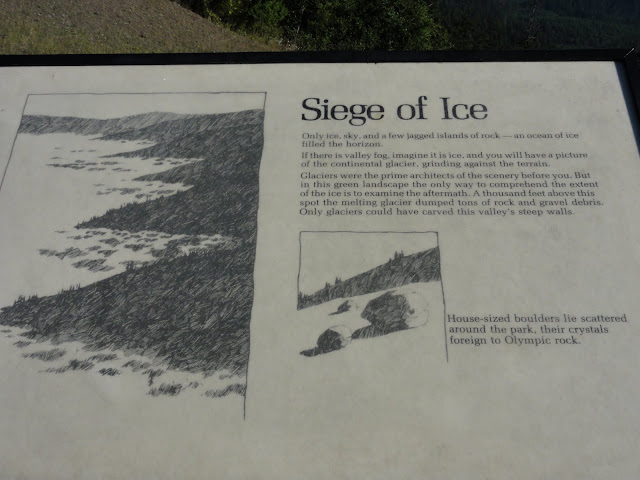 Finally!  Ice as a sculptor, rather than just "Hey, glaciers used to be here, and look how all the plants and animals had to adapt to them!"

And here along the shores of Lake Crescent, there's a sign that actually uses the word "geological."  I guess that's something: 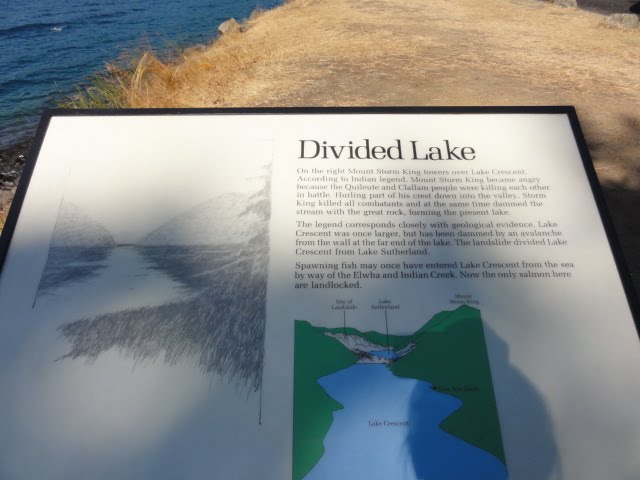 And then, at Ruby Beach, a sign with the word geology! 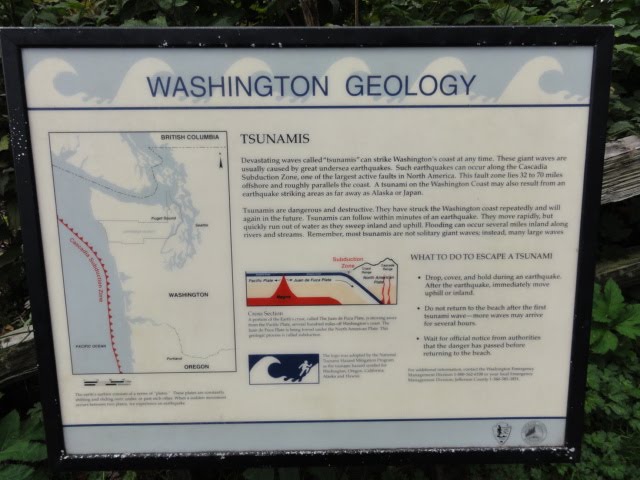 But they had to go and use the "everybody's gonna die" hook, which is disappointing to me.  I dunno, but I get tired of roping people in by telling them how geology's gonna kill 'em.

And that was pretty much it.  Just a handful of mentions, nothing substantive, in the midst of so many geologic wonders.  And this was voluminous compared to most parks I've been to.  Why is it that geology gets such short shrift?
Posted by Dana Hunter at 2:56 AM

I know of two places where formations are signed. 1 Up from Vernal Utah, on 191 to the top of the Unitas. 2. Up 20 and Wy 789 from Boysen Wy, thru the wind river canyon to Thermopolis,Wy. I have seen the first in the last 10 years, the second is a recall from 1972.

The Panda's thumb catches the two locations both in the main post and the comments. However the precambrian soil is a bit harder to find. (Sandwiched between the Pre Cambrian rocks and the Cambrian, it was pointed out in field camp.
Elsewhere the field camp tour in Wy would include Devils Tower, the Tetons, Yellowstone, the Beartooth Plateau, as well as the Wind River canyon and Thermopolis.
You can get some idea of what to see by looking at where the various field camps in Wy go.
Of course the big advantage in Wy is you can see the rocks because its dry, no trees to hide the rocks, like Western Wa. Plus because Wy is on the craton you get much more age range in sediments that Wa.

Fred Becky has wonderful geology sections on each of his climbs.