The Fruits of Mah Labor

For those of you wondering why I spent one of my days off hauling bricks up the stairs, here it is: 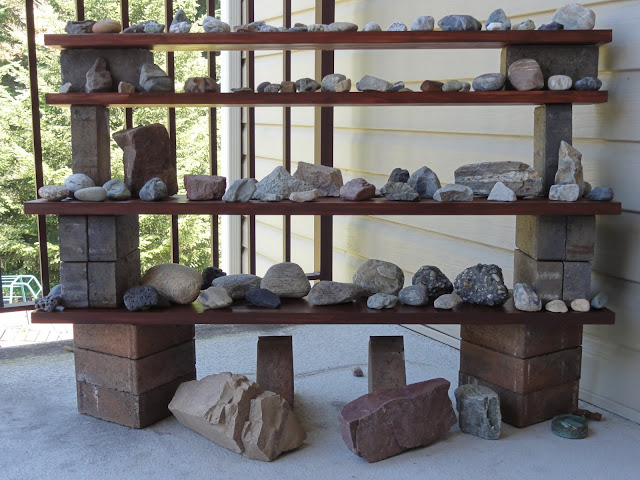 Mah rocks now have a happy home.  Well, some of my rocks.  The rest of them dwell in the house.  It's a wonder the floor doesn't collapse, between the rocks and the books.  I should probably ask the complex to add reinforcement.

And what thanks do I get for all this artsy-craftsy hard work ensuring these buggers no longer dwell on the kitchen counter or the floor?  My cat became so discombobulated by this change in her porch environment that she refused to go out for many hours, and every time she did, she'd flee back inside almost immediately.

Maybe it was because I threw out the enormous box o' boxes that had been living there since we moved in.  I believe she has the same obsession with boxes that I do with rocks.  Take Exhibit A: 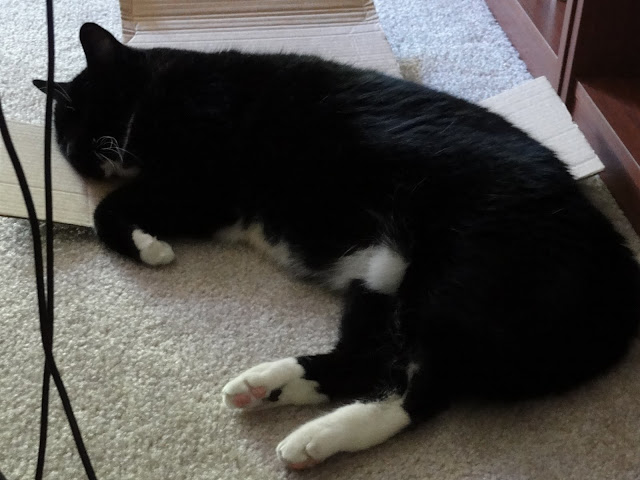 When I went on my mad cleaning spree, I moved her Amazon box so I could vacuum.  The instant I put it down again, plunk!  Kitteh heaven.  So I have a lovely, well-organized and super-clean house with a ratty old broken-down box lying in the middle of it, because she loves it so.

She's also apparently bored by all this organization stuff, because while we were gone, she dug out one of her toys.  She hasn't done that in months.  Considering she once chased my mother out of the house for the offense of a little light cleaning, I suppose I shouldn't be surprised.  My cat likes clutter almost as much as she likes boxes.

So we have a book/rock hound and a box/clutter hound in this household.  It's a good thing I don't have a mate, because there's no more room for hounds here.
Posted by Dana Hunter at 10:13 AM

Ha, ha, ha. Rocks. knew there was something I liked about you. Kidding aside, I enjoy your posts.